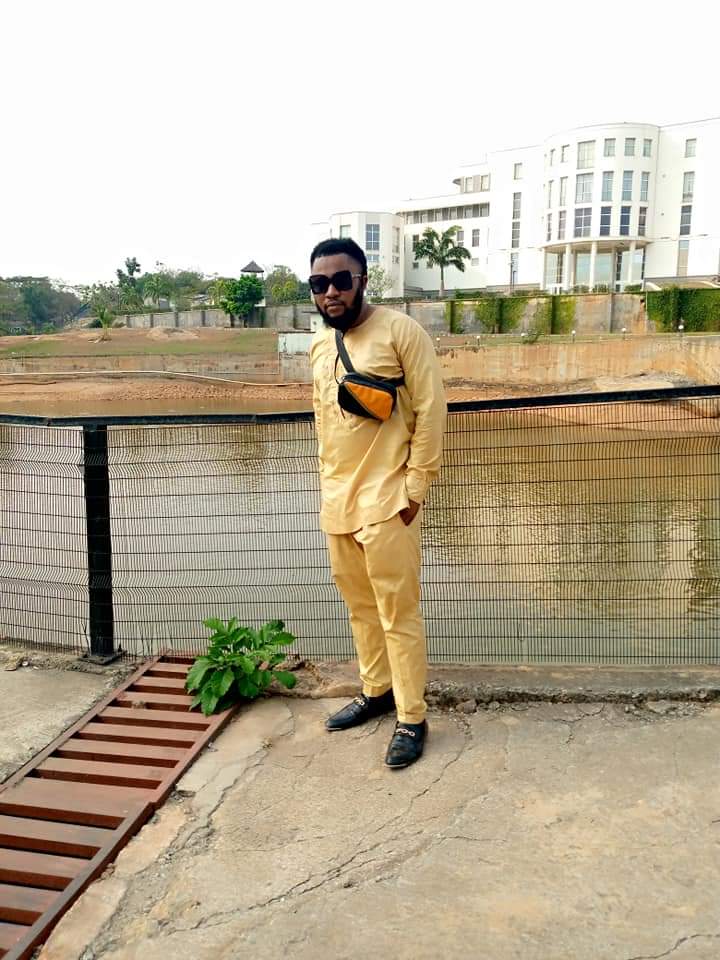 From the entrance I called the manager, and she directed me to a tour guide; who guide me and explained everything in the library bit by bit.

Olusegun Obansajo Presidential Library is one of his kind.. This library was conceived in 1988 to immortalize him and it was actualized after he became the president of federal republic of Nigeria..

The first place I visited was called “The Arrival Pavilion” This place talks more on how olusegun obansajo started;

*First was the bicycle; is a replica of what Chief Olusegun Obasanjo used to navigate his Ota farm when he left government in 1979.

*Secondly was the Volkswagen beetle, it was said, that was the place they have their peaceful discussion about how to end the civil war..

*thirdly; The Peugeot 504 was said be is first official car..

*Fourth; Nissan patrol SUV was use to conveyed him and his late wife,stella,to state security service when he implicated himself in the phantom coup in 1995. The SUV was also use to bring him back home from prison.

*Fifth; Mercedes Benz Pop Mobile was used during president olusegun obansajo second term compaign and I was met to understand that this Benz was made up of bulletproof.

And Mercedes Benz is one of his several personal cars.

Infact other machines like the COMMAND LANDROVER, NNS ARADU_NIGERIA NICCAL SHIP F89, ARMOURED VEHICLE was use during his military days..

Then, we both move to the main presidential library.

Lot of history about the ex president was found in these presidential library.

Like is uniform which he normally put on when he was the military head of state was hang there.

The prison where he stay for 3yrs was rebuilt exactly inside this library.

Brief history from the tour guide; he was sentence to life imprisonment but due to external bodies the imprisonment was reduced to 15yrs. During his serving in that prison he was giving a choice of job to do and he choose farming… Although he did not stay up to 15yrs in prison rather his wife campaign for his release after the death of Gen Sani Abacha and was release by Abdulsalami Abubakar.

His prison wears, watercan, and his farm product(maize) are still there in the library.

President olusegun obansajo received many gifts- artefacts and trinkets from within Nigeria and around the world.This gift are found in that library…

He also own a school called The Bell both in pry, secondary and tertiary..

This library also have where you can rest after touring to a point..

The library also contain the books written by him, the cone, the history about telecommunication in Nigeria, ballet box for election, and lastly Aso Rock office Reconstruction

Many more are found in that library which we interest you if you visit the library.

Also; so many art work are found in the library.

Rules: You won’t be allow to take any pictures or recording at all for security reasons. the only place you can take pictures are outside the library..
You can go with book and pen to jott things down…