Immediately after I arrived in Osogbo my friend Omotosho was already waiting for me at Aregbe bustoop. We both exchange greetings and head down to my lodge where I drop my bags and other belongings. From Aregbe to my lodge was not upto 10minutes. I feel like relaxing for a few minutes but I couldn’t because I have targeted time to explore ayinkunnugba waterfall.

The most amazing thing about Osogbo is their good roads, security and light. Although the light is not up to 24hrs, at least my laptop is always on at night when watching movies, research works and mapping out my route. The light might not be steady at the day but at night is steady all through.

Back To My Adventure

I left my hotel room, back to Aregbe where we entered a cab to ILA ORANGUN for #600 From there we bike for 2k to and fro to OKE-ILA village where the Ayinkunnugba waterfall is located.

When we got to the village, we couldn’t not find the waterfall. Rather we continued going inside the forest in search of the water for close to 40minutes until we saw the route. Although my tour guide knows the route to this waterfall, there is this construction going on the road that made them remove the sign post and other things that can easily make him locate the road. It was about 40minutes we saw the narrow road that leads to this waterfall.

Historical Story on How the Ayinkunnugba Waterfall was Discovered

Ayinkunugba Water Falls was discovered by a hunter who shot a strange animal called Kunugba. The shot animal rolled down and the hunter searched but could not find it, instead, discovered waterfalls and named it: Ayinkunugba (Where an animal Nugba, rolled and died). The name of the hunter is called “Alaba”.

Ayinkunugba Water Falls is located in oke-ila orangun ifedayo local government. The waterfalls are in the thick forest and it is the opposite of Olumirin Waterfall where you climb to appreciate it, but in Ayinkunugba, people will descend to discover the wonderful work of nature, that is in the beautiful landscape of mountains, caves and trees.

The staircase is 236 down to the waterfall and very strong to climb up and down. The descending order is sweet because the ascending is something else so make sure you are with enough water inside your bag.

The community is very safe because of the police academy in the village and they are security posts where police with guns hang around to secure the community. We were also stopped and searched by the police.

The real fact about this waterfall is that it’s found inside thick forest like very thick forest but I believe with the help of Osun state government before the end of this year that place will look even sweeter to explore because presently heavy construction is going on in that Village.

Actually the waterfall did not run as heavily as I was expecting because of the dry season period.

Wandering in the wilderness of Ayinkunnugba Waterfall was fun due to the hiking and many more.

Nigeria is blessed with good natural conservation. If you are outside this country or inside this country come explore Ayinkunnugba Waterfall and gain relief of carbon dioxide with the help of natural oxygen looming round the pathway to the waterfall.

88 thoughts on “Wandering in The Wilderness of Ayinkunnugba Waterfall” 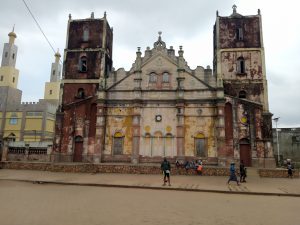 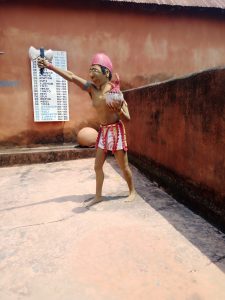 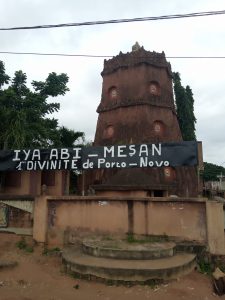